Can old make-up packaging be recycled? Here’s what’s going on in the $8 billion industry that’s creating tons of waste 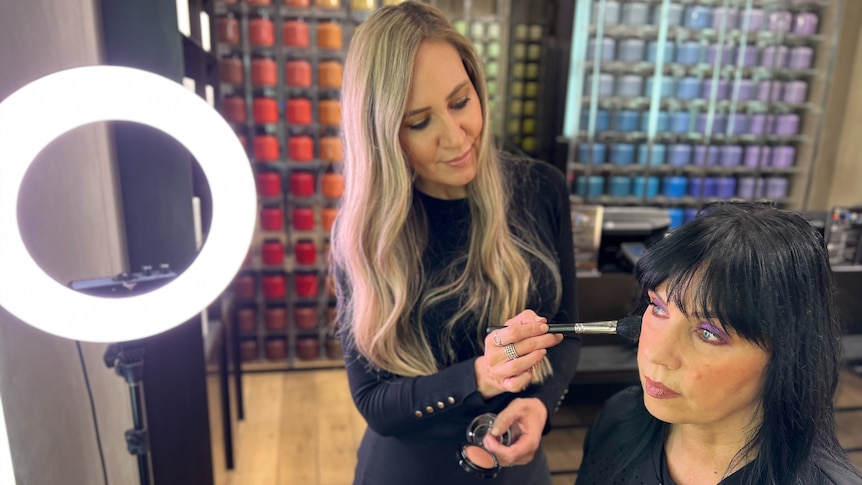 Can old make-up packaging be recycled? Here’s what’s going on in the $8 billion industry that’s creating tons of waste

Australians spend billions of dollars on beauty products each year, but the remaining packaging usually ends up in landfill.

It is estimated that over 10,000 tonnes of cosmetic waste goes to landfill each year in Australia, as makeup products are not generally accepted for home recycling.

This is because they are too small to sort in a regular facility and often contain complex and mixed materials as well as product remnants, making them difficult to recycle along with regular glass and plastics.

So what to do with your old makeup and perfumes?

What are companies doing?

More and more Australian and international beauty brands and retailers are now offering take-back programs where you can return used beauty products in store so that they can be recycled.

They are then sent for processing to be transformed into other products.

The nature of the waste depends on the company performing the recycling and the composition of the packaging.

Other companies like TerraCycle claim their recycled plastic waste can be used in garden beds, outdoor playgrounds and fences.

Who does the recycling?

At this stage, it is the private companies and not the local authorities that take charge of recycling in the beauty and cosmetics industries.

Close the Loop recently announced a cosmetics collection trial with retail giant Myer, where consumers can return any used makeup items to a participating store until mid-September.

MAC Cosmetics is also part of this trial, which will help determine the feasibility of a national beauty product recycling program.

The Close the Loop trial was funded by a $1 million grant from the federal government.

A spokesman for the federal environment ministry said it was funding the trial because the cosmetics were difficult to recycle “through normal processes”.

“The project will establish a cosmetics recycling system by developing a comprehensive collection network that will collect, process and recycle waste cosmetic makeup products,” the spokesperson said.

Jean Bailliard is the Managing Director of TerraCycle Australia/NZ, which recently partnered with French multinational Sephora.

“We form partnerships with brands and retailers like Sephora who pay for collection and recycling,” he said.

This means brands are footing the bill.

“We don’t rely on the value of the plastic to cover our costs,” he said.

“We get this funding from industry that wants to do the right thing.”

Jennie Downes, a researcher at Monash University’s Sustainability Institute, said recycling cosmetics is in its infancy and not yet economically viable.

“It’s difficult for [new] recycling programs to compete with the huge amount of plastic that is currently being produced and pumped into the market,” she said.

She said there was also an issue as to whether there was sufficient demand for recycled products, which is not just a challenge for the beauty industry but for recycling in general in all of Australia.

What can’t be recycled?

Different plans have different rules, so it’s best to check with where you’re returning your package to see what they can take.

Typically, take-back programs can take things like hand or body creams, eye shadow, eyeliner, mascara, or any other hair or skin care product.

They hardly accept aerosols and nail polishes, which are made of complex materials and can also be flammable.

TerraCycle and its partner brands will not accept aerosols or nail polish because they are difficult to mail.

TerraCycle also said it can only recycle empty packaging.

The government-funded Myer trial with Close The Loop is testing acceptance of products such as aerosols and nail polish, to see if they can figure out how to transport and recycle them safely.

This trial will also accept packages with leftover products, although most take-back programs require returned products to be empty.

How do you know if the products are actually recycled?

It’s a tricky question, but researcher Jenni Downes says it’s better to trust companies are doing the right thing and make a habit of trying to recycle products you might have already thrown away. in the garbage.

“There’s definitely some skepticism and mistrust out there that companies can greenwash,” she said.

“Being transparent about how much is being returned, what it’s been turned into, whether it’s happening locally or overseas, I think that kind of information really increases people’s trust.”

Ms Downes said that in terms of the number of products recycled or the types of things they are turned into, the numbers are likely to be low at first.

“But they can tell that story in addition to publishing the data…because if they don’t share that information, it would be hard for customers to trust them.”

She said the other thing to think about was switching to rechargeable products, which were gaining popularity in the market.

“Recycling is definitely a last line of defense and looking at things higher up the hierarchy, like reuse and refillable packaging, would also be great,” she said.