From Lakshmi to Lakmé – the story of India’s first cosmetics brand, imagined by Prime Minister Nehru 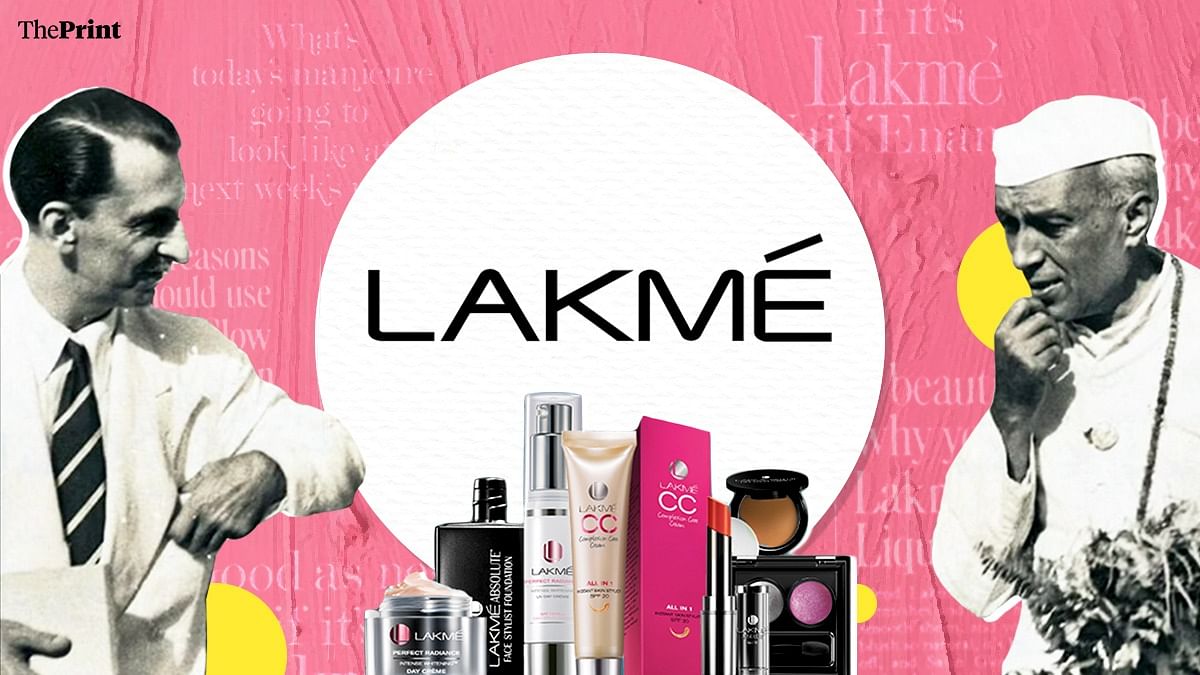 From Lakshmi to Lakmé – the story of India’s first cosmetics brand, imagined by Prime Minister Nehru

New Delhi: Whether it’s a lip gloss to get you through the day or a winged eyeliner, Lakmé has been a woman’s best friend for decades.

A “Make in India” project, Lakme Cosmetics was the first locally developed makeup brand to be introduced in the country in the 1950s.

The idea behind the creation of Lakme came about after former Prime Minister Jawaharlal Nehru learned that Indian women were splurging with the country’s precious foreign exchange reserves on Western makeup brands.

Nehru soon approached industrialist Jehangir Ratanji Dadabhoy Tata to find a solution and Lakmé was introduced as India’s first cosmetics brand in 1952. It was a subsidiary of Tata Oil Mills, a company initially responsible for crushing copra for export coconut oil.

The name Lakme is a French word for the goddess Lakshmi, known for her beauty in mythology. This was suggested by the brand’s French collaborators, Robert Piguet and Renoir. Lakme was a popular opera in France by Léo Delibes, named after its protagonist who was inspired by the Indian goddess.

Lakme was revolutionary for the Indian market because it offered cosmetics suitable for Indian skin types, for which extensive research was carried out.

The brand received a facelift when Dadabhoy’s Swiss wife, Simone Tata, took over as general manager in 1961. From product pricing to brand positioning, she made it a household name. Simone became president of the company in 1982.

“I didn’t know that Lakmé was an Indian brand. I always thought it was European. And it was also affordable, so I always liked buying them during my college days. But the reason for my preference was also because it was everywhere. It was advertised in the newspapers, on TV and all my favorite actors were there. I still use some of his products,” said Seema Rana, 44, a school teacher in Delhi.

Dolly Sharma, also a Delhi resident, had similar reasons for liking Lakmé products over others.

“My husband owns a pharmacy. Lakmé brings us the most revenue because it is the preferred choice of customers. Personally, I have known the brand the longest. It was the only make-up brand I knew that was used by people around me…my mother and older sister. So when it came time to choose a brand for myself, it was pretty simple and straightforward,” she said.

In an era when TV show villains wore kohl-lined eyes and brightly painted lips, cosmetics advertising was tricky. To break into the Indian market, Lakmé applied aggressive marketing tactics, including pumping large sums of money into print and magazine advertisements.

Featuring ’80s idol and supermodel Shyamoli Verma as the brand’s first face, Lakmé began her campaign to break taboos around makeup application. Verma later became known as the “Lakmé girl”. Dressed in traditional attire and adorned with Lakmé products, playing Indian musical instruments such as the sitar and the flute, she showed that the brand was an amalgam of modernity and “Indianness”. “If color is to beauty what music is to mood, play it” was the brand’s first catchy slogan.

It was just the beginning. Soon after, they enlisted Bollywood actors like Rekha, Aishwarya Rai Bachchan, Kareena Kapoor Khan, Shraddha Kapoor and Kajol Devgn. More recently, he signed Ananya Panday as an endorser for his line of lip care products.

In 1996, Lakmé formed a 50/50 merger with Hindustan Unilever. Two years later, Tata divested its 50% stake in the company and sold it to Hindustan Unilever, which had a wide and varied experience in the FMCG world.

Over the years, Lakmé has become a force to be reckoned with. In 2014, Brand Trust Report ranked the company 36th in its list of India’s most trusted brands. She was also the title sponsor of the prestigious bi-annual event Lakmé Fashion Week (LFW), which takes place in Mumbai. Today, it offers more than 300 various products ranging from Rs 100 to more expensive products that serve more than 70 countries across the world.