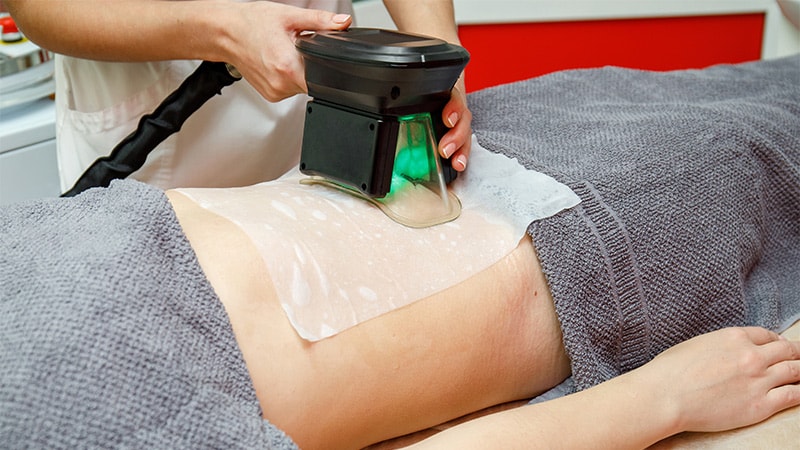 Cryolipolysis accounted for the majority of noninvasive cosmetic procedures associated with adverse events, according to an analysis of Manufacturer and User Facility Device Experience (MAUDE) data.

The number of non-invasive body contouring procedures performed in the United States increased fivefold between 2011 and 2019, in part due to a combination of improved technologies and new medical devices, as well as an “economically savvy consumer base”. heavily influenced by social media,” wrote Young Lim, MD, PhD, of the Department of Dermatology, Massachusetts General Hospital, Boston, and co-authors.

However, premarket evaluations of many new medical devices fail to capture rare or delayed-onset complications, and consumers and providers may not be fully aware of potential adverse events, they said. The MAUDE database was created by the Food and Drug Administration in 1991 to collect information on device-related deaths, serious injuries, or malfunctions based on reports from manufacturers, patients, and healthcare providers. .

In their report, published in Lasers in Surgery and Medicine, they analyzed 723 medical device reports (MDRs) reported between 2015 and 2021: 660 for non-invasive body contouring, 55 for cellulite treatments and 8 for muscle stimulation. .

Overall, paradoxical hyperplasia (PAH) accounted for the majority of adverse events in the non-invasive body remodeling category (73.2%). In PAH, patients develop additional fatty tissue in areas treated with cryolipolysis. In this study, all reports of PAH as well as all 47 reported cases of abdominal hernias were attributed to the CoolSculpting device.

For cellulite treatments, the most common MDRs – 11 out of 55 – were scars and keloids (20%). The Cellfina subcision technique accounted for 47% (26 of 55) of the MDRs in this category, including 9 of the scar and keloid cases.

Only eight of the MDRs analyzed belonged to the muscle stimulation category; of these, burns were the most common adverse event and accounted for three of the reports. Other AEs reported were two cases of pain and one case of electric shock, urticaria and arrhythmia.

Patients are increasingly opting for noninvasive cosmetic procedures, but adverse events may be underreported despite the existence of databases such as MAUDE, the researchers wrote in their discussion.

“PAH, first reported in 2014 as an adverse sequela of cryolipolysis, remains with no known pathophysiology, although it affects men proportionally more than women,” they noted. The incidence of PAH varies widely, and the current treatment of choice is power-assisted liposuction, they said, although surgical abdominoplasty may be needed in severe cases.

The results were limited by several factors, including the reliability of the quality of the submissions, selection biases from the MAUDE database and the potential for under-reporting, the researchers noted.

However, “by cataloging AEs of the growing non-invasive cosmetics market, MAUDE can educate providers and inform patients to maximize safety and effectiveness,” they said.

The size of the database and the volume of reports provide a picture that likely reflects general trends occurring in clinical practice, but to be effective these databases require diligence on the part of manufacturers and clinicians to provide accurate and up-to-date information. , the researchers concluded.

“As the market for minimal, non-invasive cosmetic procedures continues to grow, clinicians will likely encounter more patients with complications from these procedures,” said Jacqueline Watchmaker, MD, a general and cosmetic dermatologist in Scottsdale, Arizona. , in an interview. .

“Now more than ever, it is important for providers to understand the potential side effects of procedures so that they can appropriately counsel patients and optimize patient safety,” and therefore the current study is important at this time. , she commented.

Watchmaker, who was not involved in the study, said overall she was not surprised by the results. “The adverse events analyzed from the device manufacturer’s and user’s experience parallel what is seen in clinical practice,” she said. “I found it a bit surprising that an overwhelming majority of medical device reports (515 out of 723) are from 2021.” As the authors discuss, the reasons for this increase may include factors such as more flexible pandemic work schedules, pandemic weight gain and the increase in MedSpas in recent years, she added.

“Some patients mistakenly believe that ‘non-invasive’ or ‘minimally invasive’ procedures are risk-free,” Watchmaker said. “However, as this review clearly shows, complications can and do occur with these procedures. It is our job as clinicians to educate our patients about potential adverse events prior to treatment,” she emphasized. . Additionally, she added, it is important that clinicians report all adverse events to the MAUDE database so that the true risks of noninvasive procedures can be more accurately assessed.

As for further research, “it would be interesting to repeat the same study but look at other minimally invasive and non-invasive cosmetic devices such as radiofrequency and ultrasound devices,” Watchmaker noted.

Medical device-related adverse events can be reported here to the FDA’s MAUDE database.

This story originally appeared on MDedge.com, part of the Medscape Professional Network.