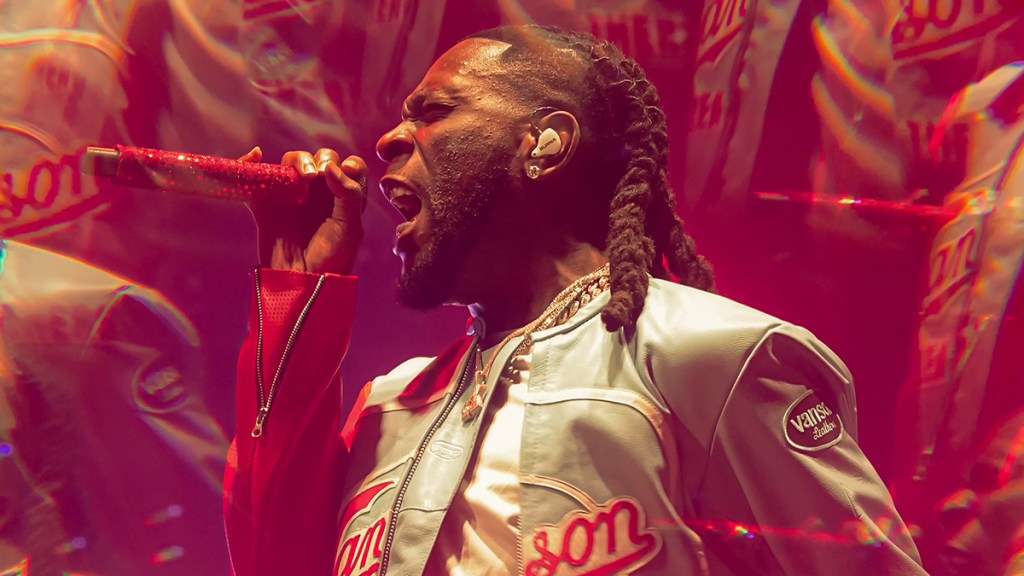 After a hiatus of nearly three years, the Afropunk festival returned last weekend to the borough where it was born: Brooklyn, New York’s Commodore Barry Park. The two-day gathering was anchored by its headliners – the Philadelphia Roots and Nigerian superstar singer Burna Boy (pictured above) – and featured its usual broad but Afro-centric genre lineup: alternative rap artists like Doechii and Tierra Whack to Afrobeats star Adekunle Gold, there was a sound for almost everyone, and the event as a whole struck an inspiring balance between social awareness and joie de vivre. The festival grounds were set up with African and Caribbean food vendors, black-owned beauty brands and a plethora of photo installations.

Launched in 2005, Afropunk has since spread to Miami, Atlanta, London and South Africa.

Day one was filled with a mix of rising stars and household names. Doechii and Talia Goddess set the tone with high energy sets. Doechii took inspiration from one of his musical influences – Outkast – and interpolated the instrumental from their early 2000s single “The Way You Move” into his budding hit “Persuasive,” which features SZA . Talia brought her signature alt-R&B and Caribbean punk vibe. Isaiah Rashad and Freddie Gibbs continued the day with solid performances, and the Roots closed the night with an electrifying mix of their hits, featuring standout solos from drummer/frontman Questlove and drummer/MPC musician Stro Elliot.

Afropunk has long been produced by Brooklyn natives, and they have always used the platform to uplift artists within their own community. Borough native Talia Goddess reflected on her set, saying, “Some of my favorite artists performed here when they were young, I’m on the right track.” It’s a similar sentiment shared by other artists such as Brooklyn-based R&B singer Alex Mali and New York nightlife DJ Moresoupplease. While preparing for his set, MoresoupPlease said, “It’s a looping moment. I was doing photography here, now being a DJ and being a guest seven years later is a big deal.

While the weather was temperate on Saturday, with rain falling for most of the second day, fans and performers kept the mood going even as the skies opened up. Highlights included a lively set by Nigerian singer Adekunle Gold, and Burna Boy closed the night with a series of powerful hits, including his current single “Last Last”, with fans singing verbatim – and, true to the spirit of Afropunk, transcending all language barriers.