What is Fortnite Rainbow Royale? | Cosmetic changes and more 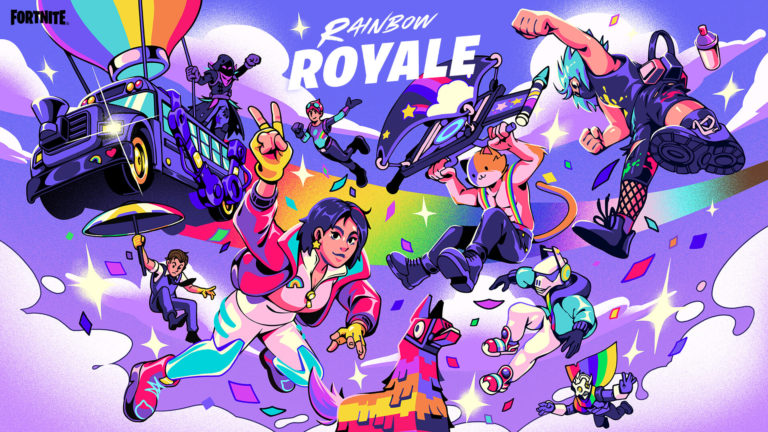 What is Fortnite Rainbow Royale? | Cosmetic changes and more

Epic Games has made it clear that Fortnite is a place of inclusion and positivity, welcoming everyone, no matter who they are. To show that the company appreciates its LGBTQIA+ fans, Epic Games is hosting the Rainbow Royale, with free cosmetics and other special events until the end of the event and beyond. This year’s Rainbow Royale event leaked early, showing off some of the cosmetics.

According to gaming journalist Tom Henderson, this year’s Rainbow Royale is set to begin on September 7, and cosmetics will reappear in the Item Shop. Last year, Rainbow Royale happened two months earlier, but Epic Games was hosting the No Sweat Summer event and taking its break this year. With the dragonball event ends, it would make sense for this leak to turn out to be true.

It hasn’t been confirmed by anyone, but Henderson still suggests the event could happen soon. New in-game files support this theory, as data miners showed after this morning’s update. A leak shows a music pack called Say It Proud that is set to hit the Item Shop soon. If true, players could see it in-game as early as next week.

According to another leak, the sky of Fortnite will change during Rainbow Royale 2022, taking on ethereal lights that resemble the Northern Lights that occur naturally in the northern part of Earth. This will likely be the appearance of the sky for the duration of Rainbow Royale.

With the event set to begin in just over a week, players will soon be able to participate and celebrate the LGBTQIA+ community soon.